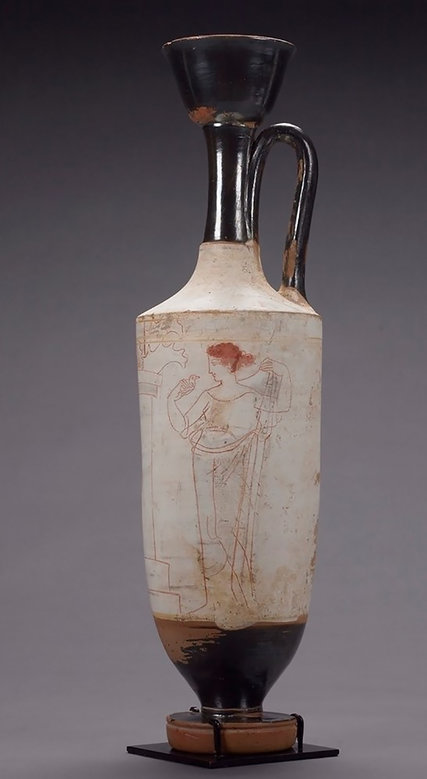 Investigators raided the office and the Manhattan home of the billionaire Michael H. Steinhardt on Friday afternoon, carrying off several ancient works that prosecutors say were looted from Greece and Italy. Mr. Steinhardt, a hedge-fund manager and philanthropist, has been collecting art from ancient Greece for three decades and has close ties to the Metropolitan Museum of Art, where one of the galleries is named for him. In a telephone interview, Mr. Steinhardt, 77, declined to comment, “for now,” on the seizure of at least nine pieces from his private collection at his Fifth Avenue apartment at 79th Street, a three-floor home that overlooks Central Park. The authorities also searched Mr. Steinhardt’s office at 712 Fifth Avenue. The seizures marked the latest action in an effort by the Manhattan district attorney, Cyrus R. Vance Jr., to repatriate looted antiquities discovered in New York City to their countries of origin.

Over the last year, Mr. Vance has roiled the city’s rarefied art world, seizing work from major museums, auction houses and private collections. In recent months, he has returned three ancient statues to Lebanon, a mosaic from one of Caligula’s ships to Italy, and a second-century Buddhist sculpture to Pakistan. Last month, Mr. Vance formed an antiquities-trafficking bureau to continue the work, putting it under the leadership of Matthew Bogdanos, an assistant district attorney who is a classics scholar and has headed most of the investigations.

But the district attorney’s aggressive efforts have drawn criticism from collectors, who have argued such disputes over the provenance of ancient pieces would be better handled in a civil courts. Mr. Vance has been using a state law that allows prosecutors to return stolen property to its owner, though so far he has not brought charges against anyone for possessing the works.

The district attorney’s office declined to comment on the evidence underpinning the search warrants. The possible charge listed on the papers is possession of stolen property.

Mr. Steinhardt’s collection has come under scrutiny in the past. One of the pieces returned to Lebanon last month was also discovered by officials in his apartment in October: a sixth-century B.C. marble torso of a man carrying a calf, worth about $4.5 million, stolen from the Temple of Eshmun in Sidon. In 2015, Mr. Steinhardt had bought the calf bearer from two collectors in Colorado, William and Lynda Beierwaltes, along with a bull’s head sculpture, which he had in turn lent to the Metropolitan Museum of Art.

Mr. Vance’s office also took possession of that sculpture on the ground it had been stolen during the Lebanese civil war.

The pieces seized on Friday followed the same route, a law enforcement official familiar with the investigation said. Mr. Steinhardt also bought them from the Beierwalteses, who had bought them from Mr. Symes, the officials said. Manhattan prosecutors provided photos of the Beierwaltes collection to the authorities in Italy and Greece and learned there was evidence about 10 pieces the Beierwalteses had sold to Mr. Steinhardt and another six pieces on display at the Phoenix Ancient Art Gallery on 66th Street had also been looted.